Malassezia Bumps on Face and Lips

The Bumps can be Itchy or may not – Usually they are.
In due course they may be absorbed by the Body
but most frequently they break into Blood Lesions.
Itchiness and Crawling sensation may be felt
due to  development of Hyphae sucking Blood
most likely for Reproductive Purposes.
Blisters On Lips may be mistaken as Herpes or Cold Sores.
* Hyphae views under Microscope show filled with Blood.

Looks Blood Brown Crusty and this is what it is
but if Picked before it is totally dead and the skin healed
it can bleed again and attract  new activity in the area.

Malassezia Bumps and Lesions on Labia

Very Itchy and Painful in that area
due to the Sensitivity of the Skin.
Broken Lesions Sting badly when Water
or Urine come into Contact.

The Purple Colour is due to accessibility of Rich Blood Supply
in that area which Malassezia uses during incubation
and the type of transparent appearance of the Skin.
It eventually brakes into Itchy, Burning Lesion.

Looking very carefully Smaller Multi- Bumps can be observed
inside the Main Bump. Three double ones on the Left side
and Two on the Right. It is not unusual but it looks more
pronounced than the Skin coloured ones.

The Next Three Photos, also in the same area show different
stages of progress from Bumps to Lesions.

This shows a Purple Multi Bump having separated
into its parts and just about to break open.

Here can be observed the Cheesy Plankton formation.

Swollen Hair Follicles, a Cheesy Bump just about to explode
and several Bumps in a line already Broken…

A Large Circular Bump Surrounding Blood ones Breaking open.
Some Cheesy Formation is visible inside it – top left.

The Red One is a Freshly developed Lesion
with a Cheesy Formation in the Center.
The Dark one is at the healing stage but looks burned
perhaps affected by some chemicals applied back then (2010)
I only use Natural treatments in recent times
much more effective against Malassezia and harmless to Skin

The Bottom one is in the Development Stage
while the Top is more advanced with a Raw Lesion
a Cheesy Middle and an Entry Black Speck.

A double Multi Bump in the early stage of Development.
– The Surrounding Skin area is Red
– Bumps appear still Flat at this stage.
– Two very distinct Black Specks can be observed.
They are Entry Points –  and the Real Colour is dark Maroon
i.e Dried Blood as seen under Microscope.

A more advanced stage.
It is hard to tell if the Faintly visible Black Dots surrounding
the Outer area (circled) are also tiny black/maroon specks
of multi Entry Points or scattered Spores.

Malassezia Multi Lesions on Back Shoulder

Multi Lesions, Bumps and Clusters  of Spores
some developing, some fresh some at a healing stage
a lot of Blood utilised and Big Scar

Similar to the above but at an earlier stage of development.

Eventually, they Heal and in time the Scars Fade away.
Where scarring was deeper a not easily spotted hint remains.
With Right Prevention and Healing Applications
i have not had any of these since – and most likely Never again.

The Following Photos show a later stage of healing

Malassezia Flare Up Caused by Stress on Leg

This is my Man’s Leg and one of the more severe Flare-ups
he has experienced after the sudden Loss of his Father
at a time i was also perishing myself – too much for one
guy to bear at once…  Stress and especially Grief suppress
the immune System and that caused Malassezia to flourish.
Visible in this Photo are
– Drying up Flaky Skin and Biofilm (Circled)
– Red, active Lesions
– A Scratch Line (Inside rectangle) 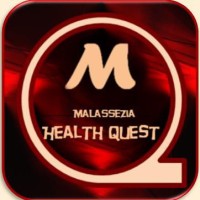 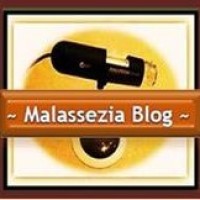 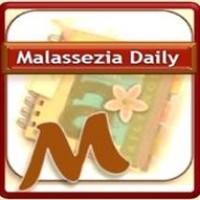 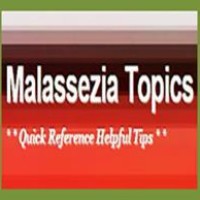 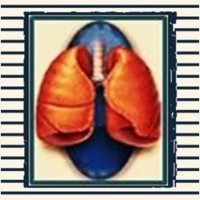 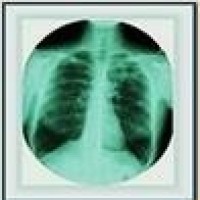